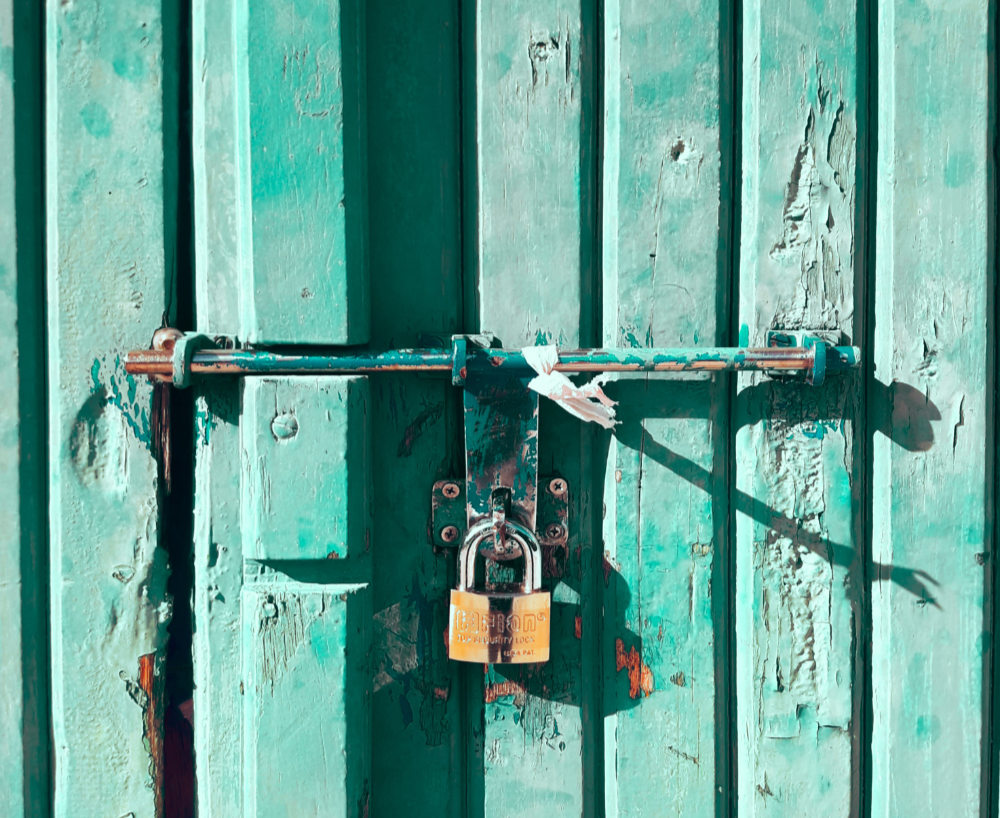 
The first lever tumbles as my friend,
who lives next door, walks with me
to school. He’s a year older, tells me fables
with his fingers from his India,
I finger my reply from Pakistan.

My friend’s mother has come round
to yatter with my mother in the kitchen,
about how he struggles with his homework.
A second lever tumbles since my friend
can’t grasp the english.

He needs to lip read, argues with his fingers.
The guns keep banging in his ears
and he runs away when he sees a policeman
at the school gate. He’s a big strong boy
in big strong trouble

so a third lever tumbles as I take his mum,
and mine, to the station and indicate
to the charge sergeant that I have my friend’s
hearing aids, that I am the one who’s
allowed to change his batteries

and make sure they are settled in his ears,
that I am the one who can place
my small hand palm down on his fists
so he mimics mine and three palms
make the fourth lever tumble.

The fifth lever is more stubborn as I make
other friends and he is slow with his
until he and I keep the whole school,
and the policemen from the station,
back after school

to oil the tumble with our finger magic,
explain how we had to learn the dialects
from another country, how we learnt
to turn the key to achieve our goals
by becoming multilingual.